We started and ended today in the fog. The drive began in Bathurst, New Brunswick which I am sure is beautiful in the sunshine and the summer.

As we drove to Campbellton, the colours in the trees were stunning in spite of the foggy conditions. 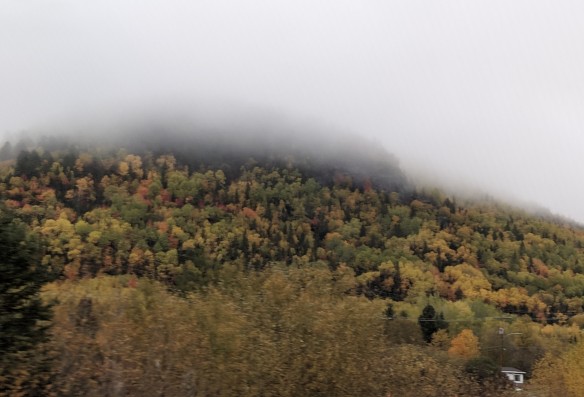 We crossed the bridge at Campbellton and arrived in a new province and a new time zone. 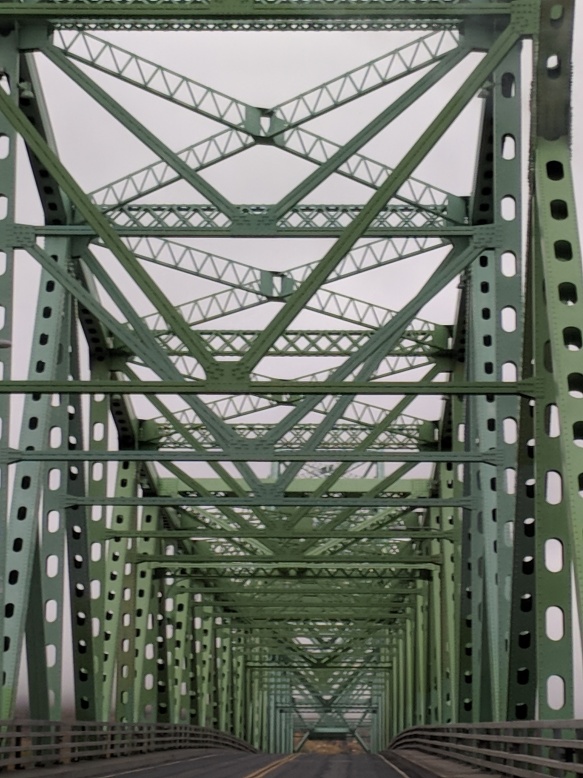 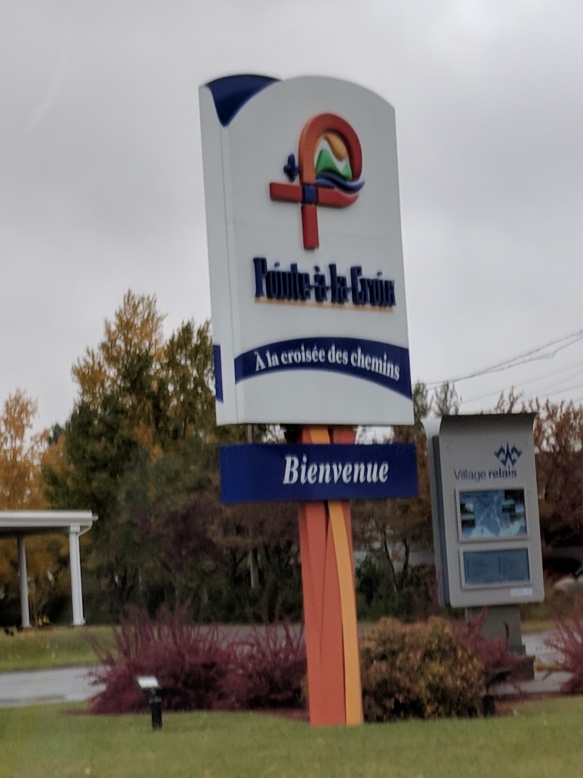 As the day progressed, we travelled through history once again. This mural, in the shape of a Canada goose, captures the life of people in the Carleton-sur-mer region and celebrates the 250th anniversary of the community. 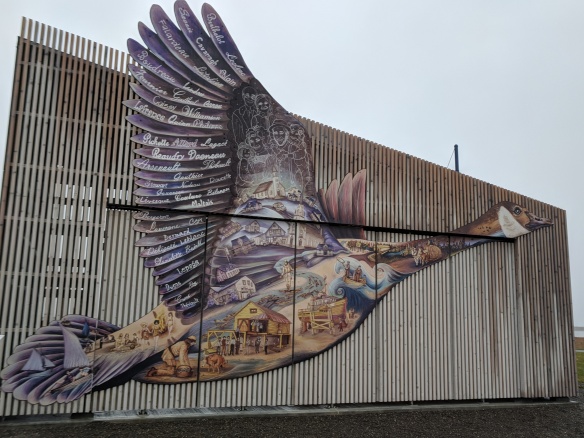 The fog finally lifted for a while and we were able to get some spectacular views of the surrounding countryside as we headed east along the Gaspe Peninsula. 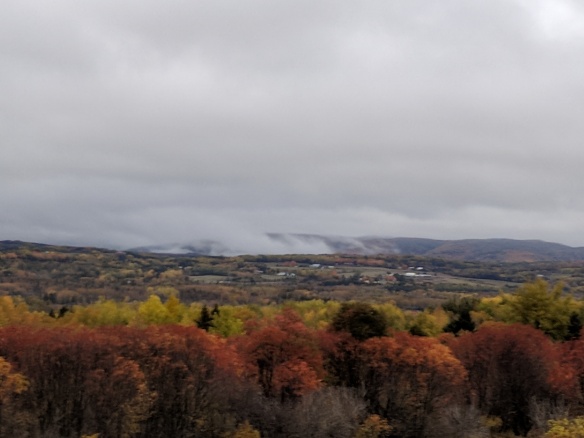 We climbed Mont Saint-Joseph in the hope of getting a better view. Instead, we found snow and entered an even thicker fog bank. 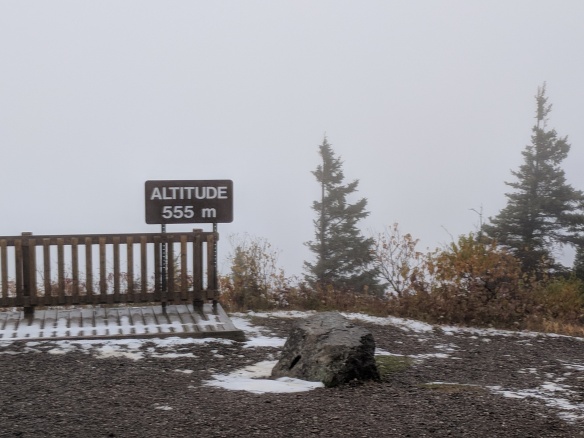 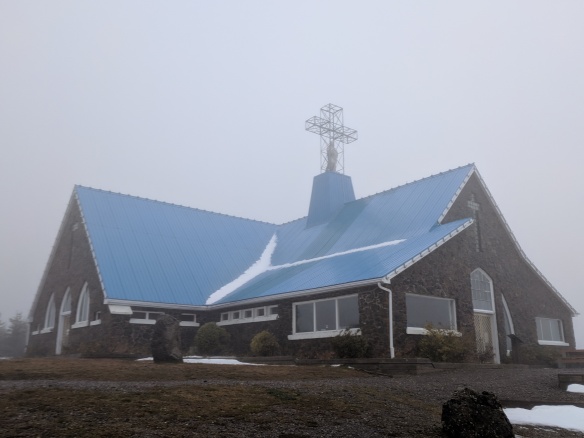 In Bonaventure, we stopped at the Quebec Acadian Museum to see a display of work by two local rughooking artists. Unfortunately the museum was closed for lunch. So I took this photo instead. 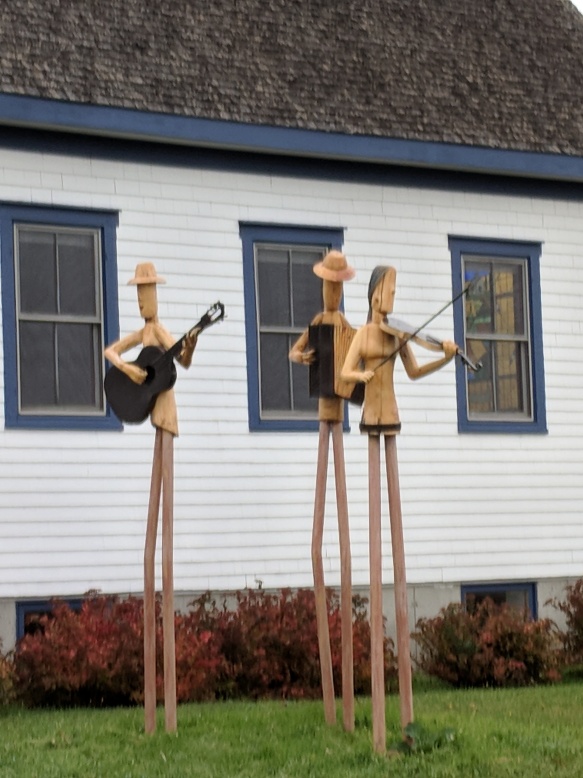 A little further along the coast in Paspébiac, we came upon a series of buildings that had been built between 1783 and 1900 by fishing companies from Jersey. 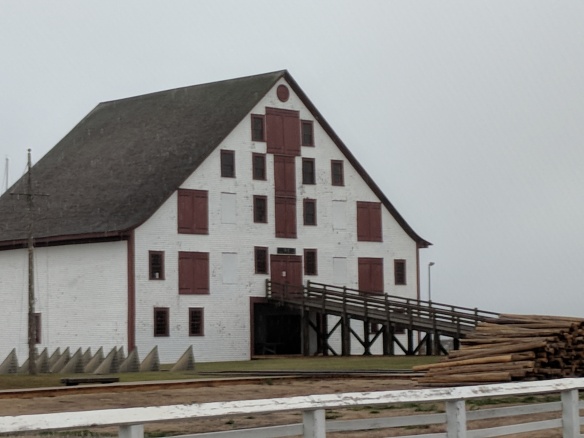 Paspébiac was Quebec’s first cod fishing port. It has Basque roots and the residents’ accent is different from the rest of the region.

In Chandler, we took a walk along the beach to stretch our legs and enjoy the crashing of the waves along the shore. 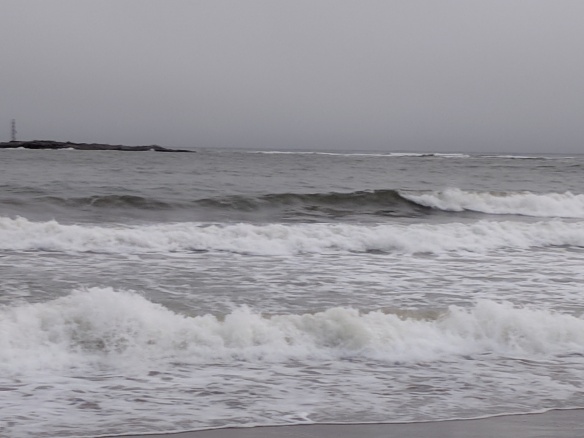 And tonight we’re in Percé. Although we can’t actually see the Rock because of the fog. Since it’s past the tourist season, very few restaurants are open. We went to one that was recommended but we were turned away because it was fully booked by a large group. We went to a pub that only offered drinks, no food (although we were told we could go to the grocery store next door and bring some food back to the pub).

We ended up at a small bistro where we were the only customers. The menu was limited to four items (end of season) but it was just what we needed.